Ray was great. I was almost a half hour late arriving home to meet Ray but there he was patiently waiting. Not only did Ray assess the problem I called about, he also gave me advice on a secondary value that would have needed replacing sooner than later so he actually saved me time and money by fixing both problems at once. Once I agreed to the repair, Ray was there the following day as promised, completed the repair sooner than expected and at a very reasonable price. These guys are not only professionals who perform quality work...they're good people.

While I did not select this contractor for my job, I felt they were knowledgeable and professional in their approach. Although my job were routine replacement of fixtures, they insisted in coming out and viewing the job before giving me an estimate. There were three tasks and they were competitive on two, but I felt their cost was too high on the third.

Service was average. I wish plumbers have definitive price and warranty like other construction jobs. Paying $400 for less than 1 hour job is not justified.

(Based on America/Los_Angeles Time)

Meet some of our other contractors 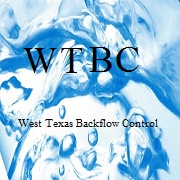